The Curse of Consistancy 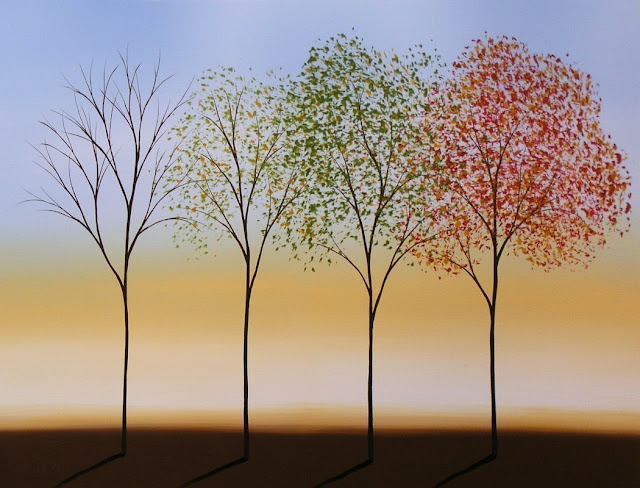 I'm always trying to figure out what my favorite season is, and its usually whichever one is just around the corner.  I'm starting to realize that my favorite time of year is the time between the seasons when everything is in transition.  I love the excitement of welcoming in the arrival of whatever it is thats on its way and all the little traditions that make it feel official, like pulling out the flannel sheets and extra blankets or finally getting to open the windows again. And I've often thought about how deeply God understands the heart of man to create the world this way.... I can't imagine a world without seasons.

But -and again I'm influenced by the round of "pioneer" books I've been reading- I feel like we are missing out a little because of the way we have lost touch with these changes.  People's lives used to be so determined by nature and the changing seasons, it influenced most everything they did. And yet, I don't really know Autumn any more than pretty leaves, pumpkin spice lattes, and leather boots.  I wonder what it would be like to experience a "harvest time" every year, and all the hard outdoor work of Spring and Summer, and comfortably surviving Winter with the firewood and food that you had prepared all year.

I live in a climate-controlled home (or at least I used to!) and see basically the same foods in the grocery store year round.  Most jobs don't really change much from January to June.  Kids are going to play x-box indoors no matter what month it is.  But a life thats more connected to the land and the seasons would keep us in a changing cycle of exciting newness and yet comforting familiarity.  It seems to be so good and natural to me, and I kind of wish I could get back to it a little.

Don't get me wrong, I'm really glad that I'm not going to die from a breach baby or a snake bite.  I'm glad that I don't need a man to represent me in court.  I'm glad its not 1875. (kind of.) But I'm also going to do what I can to create more seasonal traditions for our family because I think they're fun and, I would argue, good for us.  Eating seasonal is a big part of it, and its a challenge but also more tasteful, healthy, and cost-effecient.  But also just creative ways to fully "get out there" and participate in the changes.  Even just bundling up in boots and gloves with Annika, and filling her wagon with sticks and twigs for the fire makes me a little ridiculously happy.  And when Spring comes, I've already found a farm where we can go and pick our own berries.

But I will say, if it was 1875, at least I wouldn't be paying $5 a bucket for them!
Labels: family Home and Family spiritual growth