What wears cowboy boots, an Apatosaurus necklace and glasses? 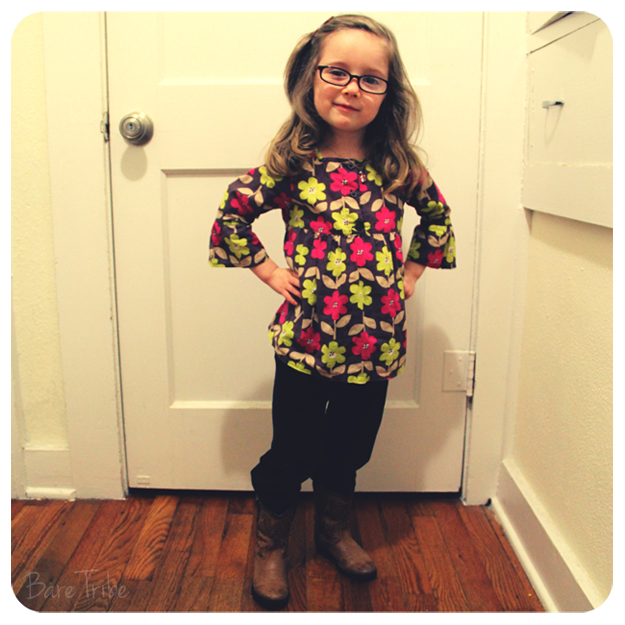 I knew that, eventually, Annika would probably wear glasses.  I'm the only one on both sides of her immediate family that doesn't wear them, and I'm only 27 so there's plenty of time for that to change.  I just didn't think she'd need them so soon.  At four years old.

But expectations aside, we knew that something was going on with her eyes so little miss got herself an appointment to visit an optometrist.  We tried to really celebrate the whole process and have acted like getting a pair of glasses is the most exciting, privileged thing in the world.  In fact, she probably feels sorry for the rest of you that don't have glasses right now. 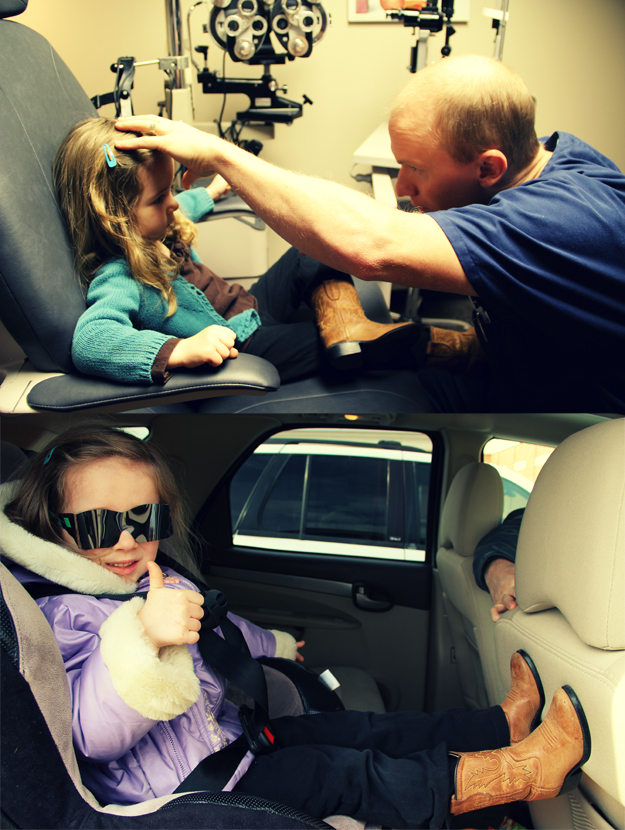 I feel a little out of my element in this whole thing because I know nothing about wearing glasses.  From the moment he handed us a prescription (uh, don't you take that to a pharmacy?) to the measurements of bridges and frames to the proper way to clean a lens, I am clueless.

But one thing I was not uncertain about was picking out the glasses themselves.  As much as I love giving Annika freedom to dress herself and just be herself in general, I made it clear: Mommy is going to pick your glasses.  She did get a vote, of course, but if she had her way she would currently be wearing glow-in-the-dark rubber frames with Ninja Turtles on them.

I'm just not that much of a free spirit.

We did have some fun at EyeMart though, and I let her "check herself out" in lots of different options. 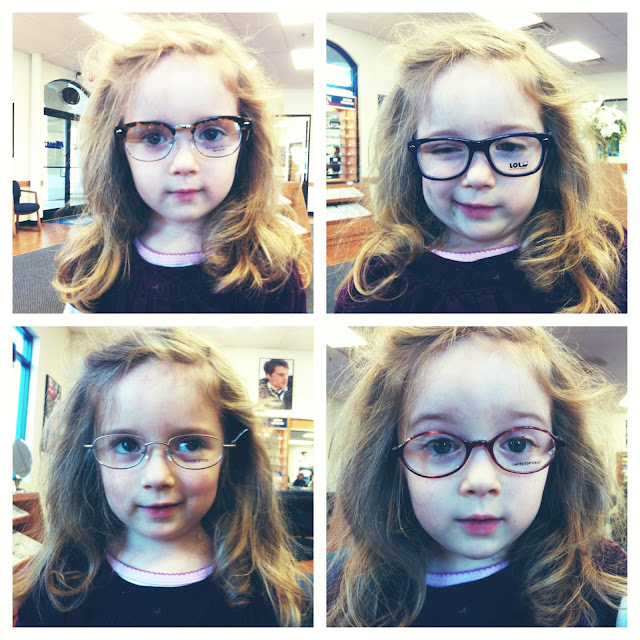 She looks pretty adorable in all of them.  I personally love the top left and Josh's favorite is the top right, but neither really seem like Annika.  We probably tried on over thirty frames that day, so I was thrilled when I finally found a pair that seemed to fit both her face and her personality.

The hidden secret: the inside of these frames is tiger striped.

Just enough free spirit for the both of us. 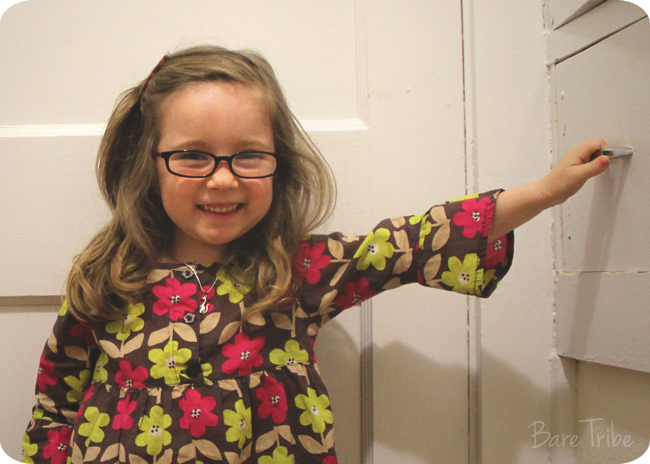 And p.s. you should know, if anyone ever calls my baby "four eyes", she's been trained with the proper response: