When Life Moves too Quickly 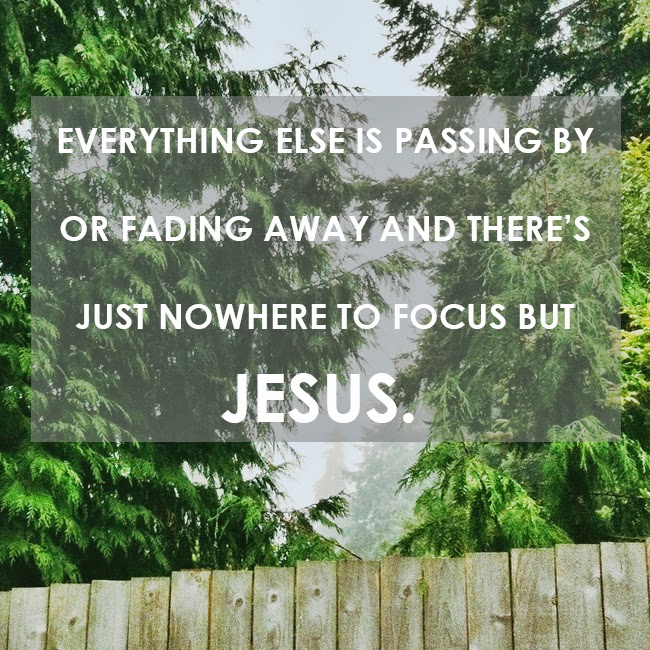 This morning I wake up when my husband nudges me, asks for eggs and orange slices.  The dog follows me as I walk into the kitchen which is sharp with the chill that has crept in from the open backdoor.  These Seattle mornings are so cold and gray. I don't hear robins and bluebirds or see chipmunks creeping out into the humidity of a warm Arkansas morning. Instead there are crows calling to one another in the tops of huge evergreen trees and a fog hangs low.

Sometimes I feel so far away from home.

I don't dislike it, though.  I've grown accustomed to this Sojourner Mindset and it feels almost natural to be somewhere new.  Again.

I toss kibble into the bowl and fry an egg and sip tea, flip through the new Ikea catalog and talk quietly with my husband as Annika sleeps. I kiss him goodbye.

Things are so quiet, except for the crows.

Slip on my big rubber boots and pull on a jacket, head out to the chicken coop, watch for spiders.  How many times have I walked into the webs? And me, terrified of spiders! Unlatch the little door and the chickens rush out... the fat, fluffy Blue Cochin always last.  Banjo watches intently from just outside the coop door. He has learned his boundary but it takes every ounce of his self-control to obey it.

He follows me back inside, follows me everywhere, and curls up beside the bed when I crawl onto it. I'm reading Matthew still. I've been reading Matthew for months now.  Mostly it's because I haven't made the time to absorb it well, so I keep getting stuck and reading the same things over and over again.  I'm trying to understand Jesus and the crazy things he said.

This Christianity thing used to be such a breeze. These days it is not so, because I'm trying to take it for exactly what it is and not what I want it to be. I'm trying to shape myself and my mind to be more like Jesus instead of assuming he was so much like me, which was much easier.

Funny how the older we get, the less we know.

Because life feels so fleeting!  Time moves so quickly and I'm moving so quickly through it and I wonder where do the days go? How can one life possibly be enough?  There are so many lives I haven't lived.

I never was a young woman living in an African orphanage, and ten years ago I would have sworn that I would be. I never did travel the world as an adventurer and then publish my journals. I am not a farmer's wife. I am not a teacher. I am not anything like Jane Goodall and I'm not going to be the first woman president. I'm also not a nun (but really I just wanted to be Sister Mary Clarence and considering the trouble I caused in my small Christian sorority, maybe I actually was like her for a while.)

But mostly, I have not and will not live most of the things I dreamed up for myself.

This. This is my life. This one.

Something in me cries out- Jesus! Because it seems like everything else falls away.

When time speeds by and life unfolds exactly as it does and our choices matter but they can only take us so far and mostly we are all just doing the best we can with what we've been given and in the end, we've all only got this one chance to do it.

It's like he's something standing still among a rushing throng of blurred, moving faces.  Everything else is passing by or fading away and there's just nowhere to focus but Jesus.

So I read Matthew.

I wanna do this thing like you did: Once, for all, for all time.