The Simple Grace of Pity 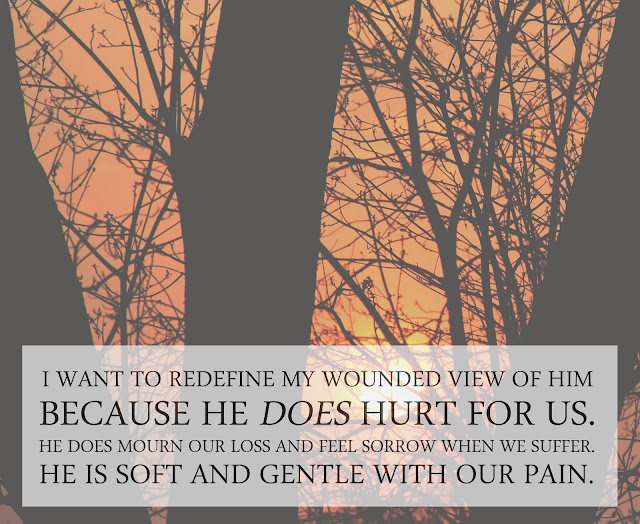 Our relationship with Scripture can sometimes be weird.

The passages are sometimes so familiar, I turn them over and over in my fingers like old coins, "in which the edges have been worn smooth and the engravings have become almost indistinguishable". I try to find surety in something worn flat.

But then sometimes there is something surprising. Something unexpected. A word rises from the rest and I circle it.  Underline the verse. Stare at it for a while.  Turn it over and over in my fingers like something unsullied and new.

Like here... when there were two blind men sitting on the side of the road, resting in the trajectory of Jesus, on his way to Jerusalem. I wonder how long had they been sitting there, sharing the darkness and isolation that defined them both.  Where they waiting for him - did they even know he was coming?

How long and how often had they sat in that place until it became the place where Jesus would meet them? It was the place where the Son of God would put his human hands on their overlooked faces.

I am always wondering about Jesus and this story struck me, made my heart melt for him a little more.

And when Jesus stops, and the people stop, and the crowd parts as the Son of David approaches them, he looks into their lifeless, unmoving eyes and asks -- "What do you want me to do for you?"

"Lord" -- they speak into the hushed silence of hundreds of knowing, watching, working eyes -- "Lord, let our eyes be opened."

And here's the striking part, the unexpected rough edge on the familiar coin:

They said to him, "Lord, let our eyes be opened." And Jesus in pity touched their eyes.

It was pity that motivated his touch.

It was not about his own holy intentions, it was not a grand display of power and authority, it was not simply an opportunity for God to be glorified. Probably it was all those things somehow, but first it was just emotion in the gut of God.

First it was Jesus feeling his human heart swell up with that broken, hurting feeling of compassion for another's pain.

The miracle itself was largely public.  The stage where this moment played out extended far beyond the roadside of gasping crowds and into heavenly realms where demons trembled and angels rejoiced at the inbreaking of the new kingdom.

His fame would spread and these men would follow and his mission would be fulfilled. But those were not the first things on his mind when these two blind men asked for mercy.

The simplicity of it is breathtaking.

I so often want to over-spiritualize and over-analyze Jesus.  I make things so complicated and end up feeling like he is cold and distant and cares only about eternal things.  I self-preach to my heart that it is the lesser thing, only my soul matters, and I convince myself that I am holier when I am less emotionally affected by circumstance.

But I am struck by this moment where the grand stage of watching eyes fades away and Jesus is overcome with tenderness for two blind beggars on the side of the road. The miracle is born out of something as simple and as human as pity.

I want to redefine my wounded view of him because he does hurt for us. He does mourn our loss and feel sorrow when we suffer. He is soft and gentle with our pain.  Even though I know it, sometimes I still don't believe it and I'm not sure why that is.

It wont always manifest itself with the hands of a carpenter healing my body, meeting my physical needs in a moment every time I cry out to him, but the story is still real.

I can turn it over and over in my hands and let my heart rise and fall with the words, the grooves --the image of Jesus that it draws for me. This Jesus who stopped a crowd of people to listen to the pleas of two men, and who healed them simply because he wanted to.