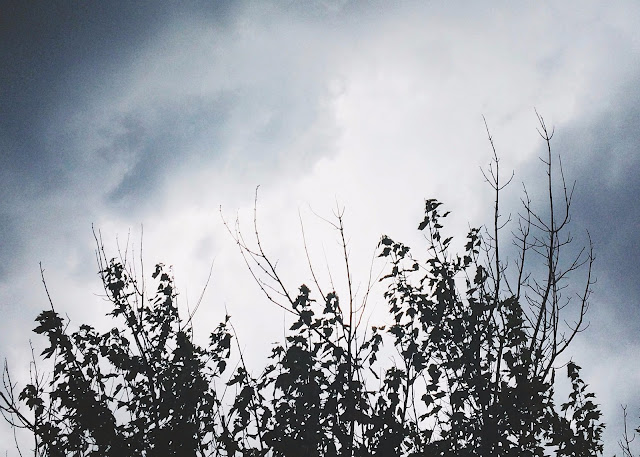 Its hard to curb an instinct.

Its especially hard to curb an instinct that you're not even sure exists inside of you.

I would have admitted that I was in the "habit" of filling the quiet stretches of my day with some kind of sound, music or otherwise, but I was hesitant to say much more than that. It seemed like a lovely and artistic thing. A civilized thing for smart people whose brains like to stay stimulated. It certainly didn't seem like a problem.

And yet... when I tried to recreate that late night, wide-open chasm of Quiet in my daytime hours, I found it almost excruciatingly hard. I quickly realized that there was a big difference between the quiet I was used to (with its books and sermons and Spotify channels) and this new, more pure, complete Quiet I was experimenting with.

The problem wasn't the sound, the problem was the instinct. My instinct went deep and, once I tried to fight it, it wasn't hard to know exactly what it was.

The hardest was the car. Running here, there, and everywhere with two kids who are strapped down and immobile isn't the best place to try the Quiet thing. (Unless you're literally playing the quiet game in which no one is allowed to talk, then it's a perfect place.)

Without music to distract and sedate the kids into calmness, they were hyper and needy and just generally discontent. I took so many deep breaths. Tried to hang in there with Old McDonald songs and endless zombie jokes. Again, it seemed odd that it was such a struggle because I'd always considered myself a low-tech person who enjoyed the quiet. Enjoyed my kids, even!

Why in the world was this even a little hard?

The struggle was in the 800 times I reached for the ON switch in 8 minutes. The struggle was that quick and efficient part of me that wanted control and kept having to give it up and submit again to singing Old McDonald.

I had a deep instinct to manage the situation by manipulating whatever factors were available to me. It was like an itch that kept urging me to do something, anything, to steer the environment (and our attitudes) in a direction that was more to my liking.

The name of my instinct was Control and it was gasping for air in the Quiet.

Outside my window, in the middle of the day, there is a cacophony of sound. There are buses and birds, condos being built, neighbors strolling past, cars pulling on and off the gravel near our yard. There is a monastery that rings it's bell for mass and a factory that whistles at noon.

With time and practice, my ears began to recalibrate to all of this. The echo of a hammer strike travels all the way around corners and up hills to reach my kitchen and vibrate itself into my listening ears. A sparrow sounds different than a chickadee and both sound different than the squirrel that scares them away and swings from their feeder.

I turned the heater off in chilly October and opened all the windows so we could hear it - all the lively surrounding noise that was totally and beautifully out of my Control. Often I'd glance up to see the gray Seattle sky offering again that quiet rainfall that keeps this place so green.

But it's not really that quiet. And if you're being totally Quiet, you can hear it.