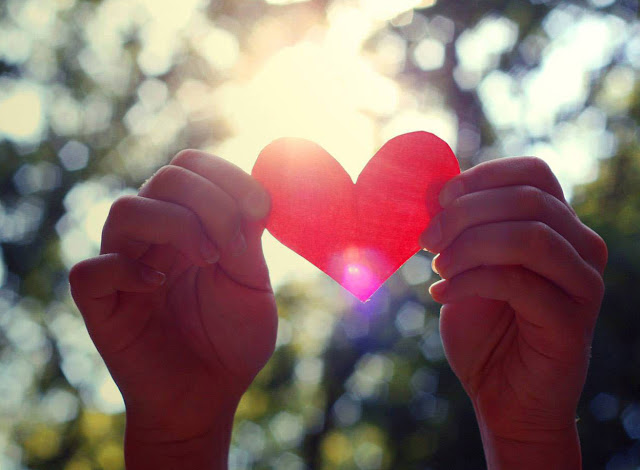 When we were part of a house church, my whole understanding of the body of Christ was revolutionized.

It was a small group of people, but their hearts were big, their hands were busy in the community and their influence was big within the refugee community in the city.  I could go on and on about how unique that was, but its not really my point.  My point is that we moved away and have continually felt like we wanted those kind of relationships in our lives again.  The Holy Spirit longs to express itself and make us more like God, who pours himself out for others.  As 'ones who have been called out', we have a purpose to engage the world.

But, in that city, it was handed to us on a platter.  Our friends kind of held our hands the whole way... initiated a friendship, brought us into a church, introduced us to the Somalis and let us tag along each week into something that was already good.  Here, without a safety net, I've been asking all kinds of questions about how in the world we are actually supposed to be doing this.

When I've tried to really step outside myself and my safe circle of long-time Christian friends, I feel totally out of my league.  I don't feel judgemental or superior, just clueless as to how to be myself without distancing myself.  But, theres got to be way because Jesus did it all the time.  Most people weren't freaked out by him, they were drawn to him.  They wanted to be near him.  The ones who were scorned by others felt comfortable with Jesus.

So it naturally should be that, the more like Jesus that Christians become, the more comfortable people will feel around us.  Sadly, its usually pretty opposite, right?  The church today has no idea how to deal with social issues, what stances to take, how to be tolerant but uncompromising, how to be just and merciful at the same time.  But there has to be some way to engage the world, to love people, and not sacrifice an inch of our calling.

So, I've been watching Jesus as I read Luke.  Trying to pay attention to how he does what he does.  Theres one instance in Luke 11 where Jesus starts talking to there Pharisees about how they are failing in their relationships with the world, and he had my full attention as I waited to hear him explain himself.

He called them fools, full of greed and wickedness. He said they were clean on the outside and filthy on the inside. These things I knew.  But he also said that they somehow neglected justice and the love of God, and that they should have been able to express these things "without neglecting the others."  Justice (the judgement of God on sin) and mercy (the love of God towards people) seem to be two sides of the same coin in the mind of Jesus. Communicating God's truth to the world isn't the same thing as condemning everyone around us, and expressing the love of God doesn't mean tolerating sin or silencing justice.

He went on to accuse them of loading people with "burdens hard to bear," (the duties and expectations of the Jewish law) without "touching the burdens with one of your fingers." So, if he's rebuking them for not touching the burdens of the people, then, it must be that this "touching burdens" quality is something he desires to see in us.  Pharisees burden people with the law and walk away; Jesus says he's not having that.  We are called to bear one another's burdens.

Yes, the burdens that are weighing hearts in this world are the result of sin.  But we cannot point this out and leave them be, calling that "justice."  We must step into their lives and carry these burdens somehow.  God himself (in his justice, love, mercy, and all those beautiful things) stepped into our lives and freed us from our burdens, and we are called to be like him - an expression of him in this world.

So somehow, the secret of engaging the world like Jesus did lies in actually touching the burdens of others.  And somehow, we want to find some way to do that here in our city.
Labels: humility Jesus serving spiritual growth