How To Fix My Mornings 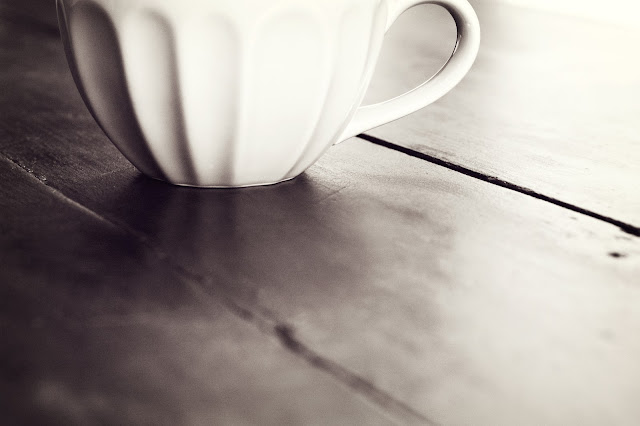 So... its still snowing.

Or at least, there's still a lot of snow out there.  We're not exactly "snowed-in" but we've spent an immense amount of time indoors.  I've cleaned a lot, I've baked a lot, I've read a lot, watched the Love Comes Softly movie series... anything to keep myself from sleeping every afternoon.  I guess because my husband has "the day off", I tend to feel like I should have the day off from doing anything productive. Because, after all, its a snow day!!

But I've also learned a few things from being forced to analyze my at-home routines.

I've learned facebook is a drug: the more active I am = the more responses I get = the more notifications that are waiting for me = the more tempting it is to 'check in' throughout the day. Its a vicious cycle, yall.  (I've also learned that when my husband teases me for being online more than him, I can just look at him with pity and say, "Aw, sweetheart, Its okay that nothing ever happens on your facebook.")

But last, and most importantly, I've learned how to fix my mornings.  While previously they were a groggy mix of cartoons and making oatmeal and procrastinating getting dressed, I've managed to transform them into a happy little jumpstart.

It took a week of snoozing my alarm when it went off at 7:30am, but I finally have managed to wake up 30 minutes before the family to read my Bible and eat breakfast.  I get to roll out of bed, open the windows, make some tea, etc., etc., and just have some time before its time to start taking care of everyone else.   (I'll be honest, I'm usually too groggy to read my Bible straight away, so I eat breakfast, check emails/facebook/whatever, and then read my Bible while Annika eats oatmeal and watches Dinosaur Train.  But whatever, it works.)

And its kind of fun to read about the proverbs 31 woman... "She wakes up while its still early to prepare food for her family"...and think, yeah, of course, I totally do that.  :)

The good news is "preparing food for the family" is just setting out the breakfast food I've already made for the week - which is what the post was really supposed to be about. So here it is:  links to healthy(-ish) breakfast ideas that can be easily made ahead of time, last at least a couple of days, and also recipe-doubled and frozen.

Applesauce Bread
Apple (and Carrot) Cinnamon Muffins (below)
Apricot Bars (a little more complicated)
Banana Prune Muffins
Butternut Squash Muffins
Oatmeal Fruitcake
Spinach Frittata (I did all the veggie-chopping the night before and altered ingredients.  It even baked up nicely for leftovers.)
Zucchini Bread (I used a cheese grater to shred the zucchini)