I've been experimenting with bread for over a year now.  My very first loaf was an overly complicated oatmeal bread from an old-fashioned cookbook I found at the library.  It was hard, flat and flavorless.  I wisely moved on to simpler recipes which gained in the flavor department, but they still remained dense and not useful for much more than toast.  Finally, I took pictures of what I considered my first "success," meaning simply that we actually enjoyed it, but it was still crumbly and fragile. 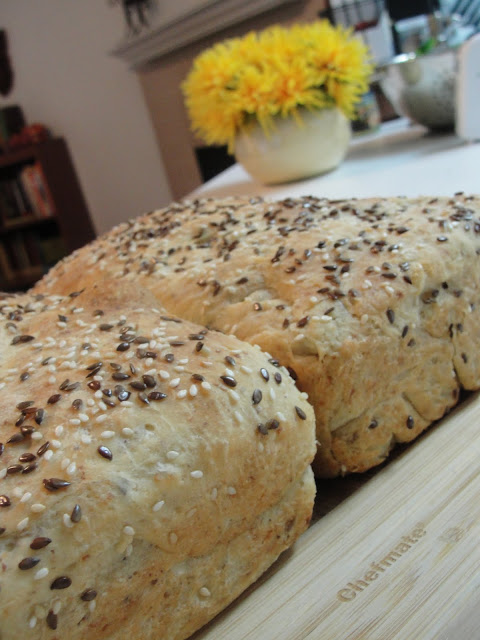 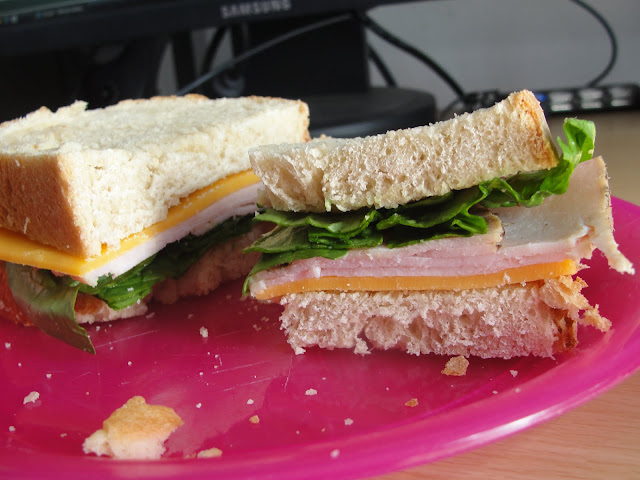 Over time, I learned to knead properly which helped the softness issue.  I could make pretty tasty loaves with nice, rounded tops that sliced up decently enough to make snacks and sandwiches. 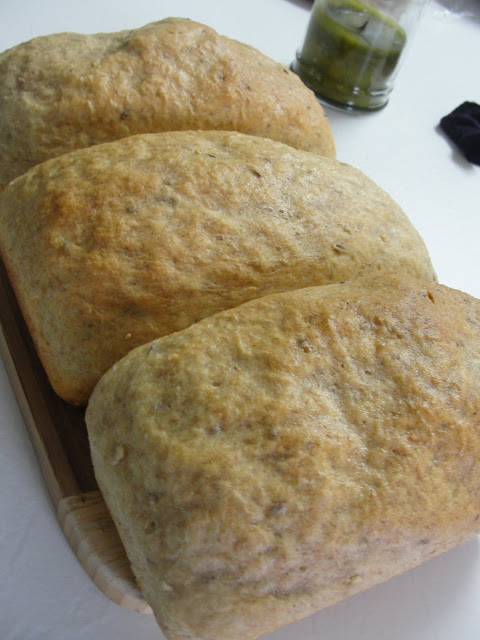 But, no matter what I tried, no matter how much or how little yeast I used, no matter how long or short I kneaded, no matter if I used sugar or honey, white or wheat... I could not get that bread to rise up to the height I wanted.  I envisioned beautifully fluffy dough just falling out over the edges of the pan, making a perfect little mushroom shaped sliced.  We couldn't have our big, tall slice, so we settled for big, fat slices and were happy enough.

When I got back from Seattle, I made my first attempt after months of no baking.  It was a big fail.  I was back to small, tasteless bricks that end up getting fed to ducks.  And I made four loaves that time.  We finally made our way through those and I decided to give it another go with a new recipe that I found on Pinterest, although I wasn't very hopeful or motivated.  But, it was called Milk and Honey bread, which sounded like something that belongs in my house :), so it was worth a shot.

You can find the recipe here: http://theslowroasteditalian.blogspot.com/2011/07/milk-and-honey-white-bread.html

And you can see the results here!! 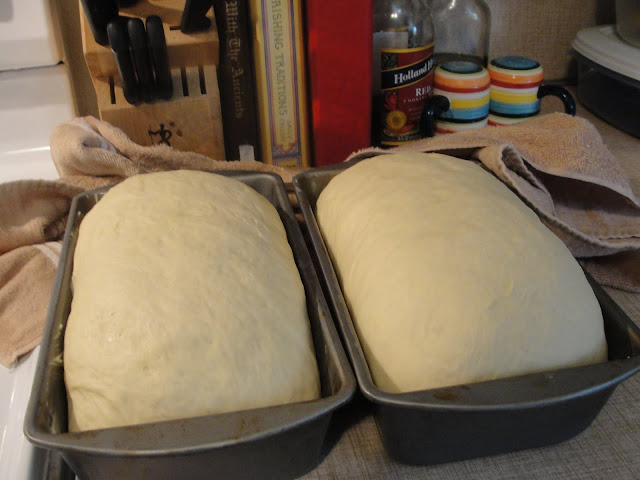 Look at that fat rise!  My heart lept.  Another angle perhaps? 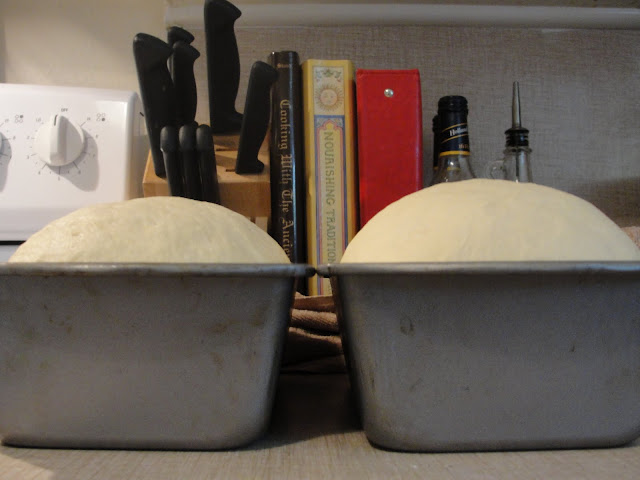 I've never had a loaf rise that high.  And the one on the right is so smooth and perfect.  Siggghh...... Its even prettier when its baked. 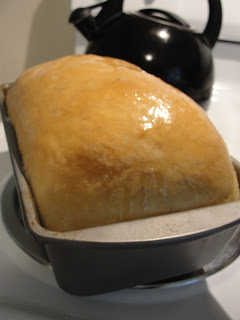 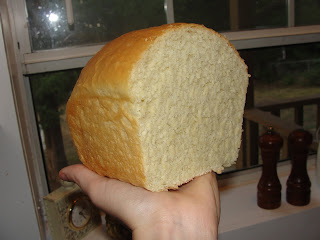 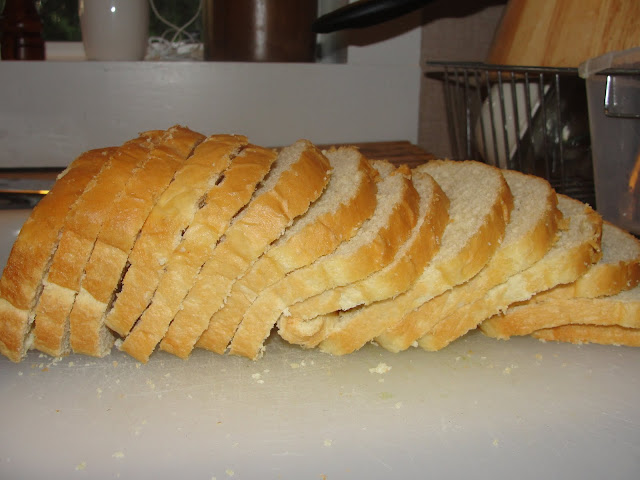 Tall, bendy, soft, buttery... okay, so its 100% unbleached white flour, so I'll need to work on making some adjustments with whole-wheat flour.  But, its a lot healthier than most anything we could buy at the store and its yummy.

And its all thanks to this recipe!
http://theslowroasteditalian.blogspot.com/2011/07/milk-and-honey-white-bread.html