The Wine that Almost Never Was 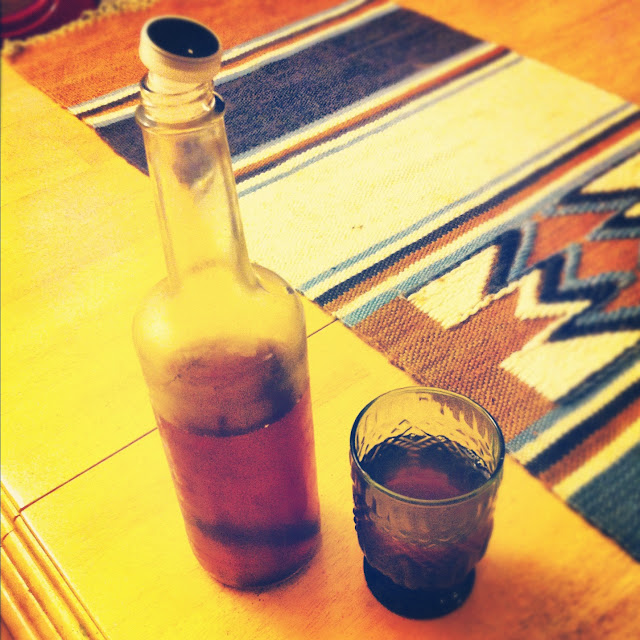 I bought Annika a DVD recently from that big bin at Walmart.  It had twelve animated Bible stories for $5 and it looked pretty cool.  With anything we read together, we love to watch the movie afterwards and had just read the crucifixion and Resurrection a bunch at Easter. So we brought it home, popped it in, and watched together.

But it was super weird. Animated Jesus was skinny and sad; his cheekbones looked like sideways triangles poking out of his face and all the characters talked more like a bad Macbeth play than a Bible story.

I tried to return it, but turns out "it was super weird" is not included in their return policy for an opened DVD.  So I took it back home. And just yesterday, we watched again.

We found that every story is done a little differently, and the "Miracles of Jesus" chapter wasn't nearly so bad.  Jesus still had pretty, white skin and soft, flowy hair and blue eyes and looked more like Rachel McAdams than an Israelite, but I still liked him more than Anorexic Macbeth.

What really got me thinking was the Wedding at Cana.

Jesus has been invited to party at this wedding feast, which is already kind of crazy.  The movie showed everyone laughing and talking and drinking, and Jesus was standing there with his friends doing the same thing. As far as we know from Scripture, nothing about his life for the past thirty years has been all that abnormal.

But then they start to run out of wine at the party and that's a really big, bad deal.

And Mary elbows Jesus and says, "Pstt...they have no wine."

And even though I knew this story and how it played out, I had never thought too deeply about the fact that Jesus says, "What does this have to do with me? My time has not yet come."

Maybe it was just the way Pretty Blond Jesus leaned in and whispered back to his mom in such a shockingly normal, human way.

Mom. That's not my problem. This isn't the time for that kind of thing.

And even though his words say "no," something about him said "yes" just enough for Mary to know that he's going to help anyways.  She turns to the servants and says, "do what he says."


She has no idea what he'll do, but I guess he's just never let her down before. I wonder what kind of crazy stunts he pulled off as a kid, supernatural or natural, to give her this kind of confidence in her son as a man that just gets things done.


But really, he said his time had not come.  This was not the moment to begin doing miracles.  And yet... someone he loves dearly is looking at him for help, wanting a miracle and trusting his ability to perform one, hoping and expecting for him to come to the rescue.

And he just does it anyways, despite the bad timing.

What might that even mean?  Was their some cosmic shift in the trajectory of events? A heavenly reorganizing of plans and moments - because Jesus just made an executive decision to do this favor for his Mom?

Granted, the will of Jesus never trumped the will of his Father. They were never in conflict, always unified in purpose. Jesus said, "I do what the Father tells me to do" and "I always do the things that are pleasing to him."

But then again, he did just say, "The time for this has not yet come" and then did it anyways.

So this miracle was not inappropriate or wrong for Jesus to perform- it just wasn't the initial plan.

In any case, Mary is pleased, the bridegroom is praised, God is glorified and the disciples believe. Jesus said it wasn't the moment he expected to enter into his "hour," into the season of performing miracles and spreading fame, but somehow that was okay with God and that was okay with him and Mary got her miracle.

I wonder how often God's moving me along in a certain direction, and I'm hitting the milestones and events and deeds that he has prepared in advance, but I'm forgetting that Jesus is not only a man who can meet my needs, he is also a man who likes to.

Maybe there's more freedom and flexibility to this whole deal than we usually expect.

Like, I'm not totally sure it was God's big will and plan for us to find this sweet, old house that we rent now.  But I came home from California in 2011 just longing for a home like this, praying for it and asking for it and pretty quickly receiving it. And God's done really good things in and through this home.  And I doubt that we need an equally charming old house in Seattle, but I'm asking for it.  'Cause he can do that, and if it's not conflicting with any greater purpose for us out there, then I really think he will.

Sweet Mary.  She knows that somehow her son is everyone's best bet for a miracle.

And sweet Jesus.  He just can't help himself.