"Catching Sight" by Jessica LaGrone, After His Heart series 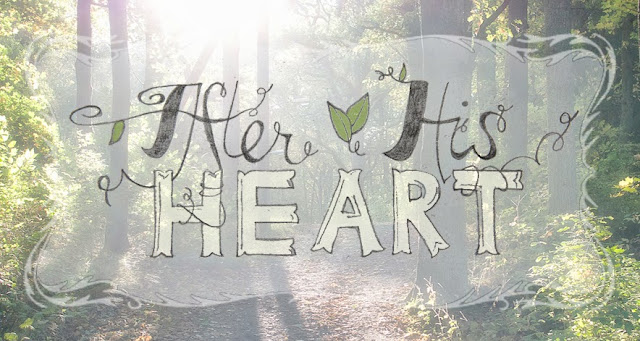 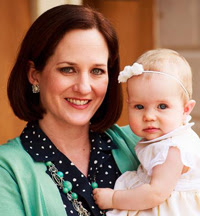 My girlfriend in Arkansas suggested that we be friends on Facebook and described her to me as a "badass Reverend that I would like" and who could resist an introduction like that?

She recently published an awesome Bible study called Namesake which focuses on the stories from Scripture in which someone has been renamed- and speaks to how our own stories often involve the same sort of transformation when God gives us new hearts, purposes and identities.  (Sounds good, right?!)

Her next study, Broken and Blessed, will be released next year.... but you get to hear a little piece of her heart, right here and now.  Ladies and gentleman... I give you the Reverend Mother! 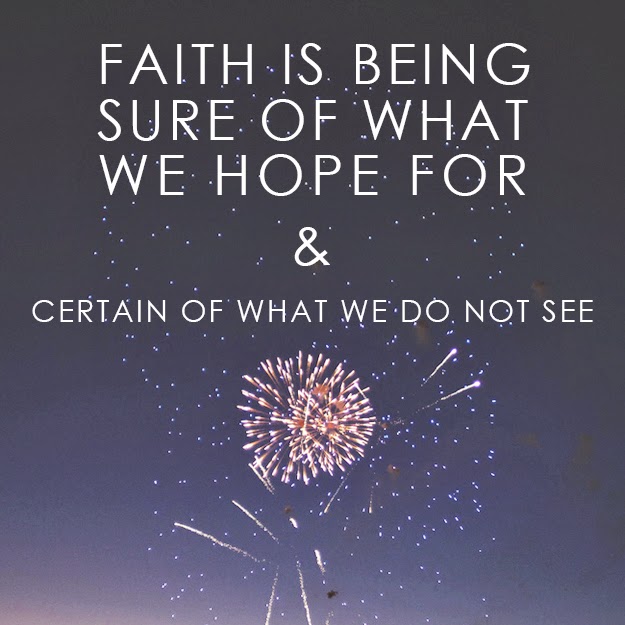 It’s the Fourth of July 2009, a day that usually finds me giddy with the freedom of a couple of days off, barbecuing with friends, watching fireworks explode late into the night. Instead I’m miserable. Unhappy in the midst of celebration. Sick with ambiguity and grief and stuffing down the hope I refuse to let myself feel.

I’m standing at the counter a friend’s kitchen, chopping onions to go into the potato salad. She has enough going on without having to worry about me – her boys running in and out of the kitchen, her in-laws nearby setting the dining room table, the dessert in the oven and the sauce on the stove. But she keeps glancing my way with concerned eyes. Are you sure you’re OK? She asks again – and I realize I’ve pulverized the onions, chopping them into a soup of tiny bits both out of distraction and the need for an excuse for my tears.

She knows this look on my face – has seen it four times before in the last few years. She has held my hand through much of this – mostly over the phone, where I can let my guard down – pouring out test results, fears, unanswered prayers, grief. Now even good news can knock me to the ground, since in my experience it will only lead to bad.

The door opens and the guys walk in from outside, where they've been exercising their dominion over the grill. Her husband scoops up one of the boys, who are teetering on the edge of controlled chaos. Jim comes in behind him, tousles a head, and looks quickly to me to check my status. He flashes me a reassuring smile, reminding me there is hope, after all. That’s why we’re back on this rollercoaster again. Hope. That’s the culprit.
…

Jim is the reason I love the Fourth so much. It was six years ago today that I walked into the museum and saw that smile for the first time. He was sitting there in entrance-way, the hall where doors lead to different worlds: the dinosaur bones on one side, the planetarium on the other – the pyramid filled with butterflies floating in a living rain forest at the end. He saw me first, so that by the time I turned to look there was that grin coming right at me.

We had never laid eyes on each other before, but it’s hardly a blind date when the internet has taken care of the mystery with the exchange of pictures. I stared at those first images of Jim on my screen for hours during our long phone conversations, trying to imagine his expression as he shared his hopes and dreams and asked about mine. It was during one of those long talks with a stranger who knew me better than most people I saw everyday that I realized I had let my cautious self that holds people at arms length go out for coffee. That this amazing man, the endangered species I had been hunting with my prayers for years now, had snuck in the back door of my heart when I wasn’t looking.

And now here he is in the entranceway of a museum I visited often as a child – and suddenly I’m surprised that all those hours logged on a cell phone have done nothing to stop the awkwardness that is always present the first time you meet. I’ve been lamenting that to my best friend – the fact that internet dating means I have all the right boxes checked off, and yet I have no idea if there will be any spark between us. That levels the playing field, makes this first date about what all of them are about: Looking for the spark.

It was the world’s longest first date. About 13 hours, give or take a few minutes at the end in the parking lot when my mom called to be sure I hadn’t been murdered by some serial killer I met on the internet.

The one moment of the 13 hours that I remember with absolute clarity happened as we stood in the museum’s butterfly exhibit watching those colorful creatures, light as air, float around their glorious captivity. I was barely present, my mind swirling with questions as I tried to figure out the next 50 years based on those first 30 minutes. Jim, seeing the uncertainty on my face, grabbed my hand and brought me back to the present, asking with a grin: “Are we having fun yet?” I smiled back. And suddenly we were.

The night ended, of course, with fireworks. There was my spark. We joked for years that the date lived up to every possible expectation – beginning with butterflies and ending with fireworks.
…

Here in the kitchen, six years later, Jim can still lower my blood pressure with just a look. And that’s a good thing today, because anxiety has me in its grip.

I’m not sure how I’m going to get through dinner, much less the holiday weekend, without falling apart. The “good news” that we've only shared with the people in this room has me doing what I do best – worrying far into the future when I can’t even control the next 30 minutes. I try hard to turn worry into prayer, something that I preach about often. My friend asks me again what I thought was a joke earlier in the evening, “Do we need to make a stop at my office tonight?” And suddenly I see that she’s serious. And I’m so thankful.

After dinner ends we send the rest of her family off to get a good spot to view the fireworks while we follow her to the parking lot of her empty office building. She leads us in through locked doors, security codes, empty hallways. Finally we’re in her office, and I’m on the table, and all three of us are staring into a little screen that we are all too familiar with. In every other office Jim and I have visited, every other screen we’ve looked to for hope has delivered instead bad news. Four times now a little screen has announced the grief that has stretched itself out over the course of our marriage. Four times hope has floated away on elusive wings. I’m not so much holding Jim’s hand now as I am clutching it, searching a dark screen for proof that God has heard, that hope doesn’t have to die again.

And then it’s there. The tiny spot in the darkness. The winking hope. The spark.

We drive to where the family has found us just the right spot. I can’t seem to let go of the printout from her office, so I hold it in my hand, keeping it close. I know it’s no guarantee – that’s a word that has lost meaning for me – but it’s a chance. An answered prayer that will lead to more prayers, and more. I look at it again to be sure this isn’t a dream – and notice the timestamp: July 4, 2009. The day I first caught sight. 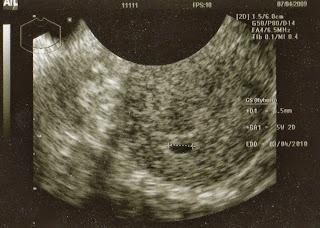 Again the fireworks seem like they are just for us.