The Turbulent Heart // Learning from Martha 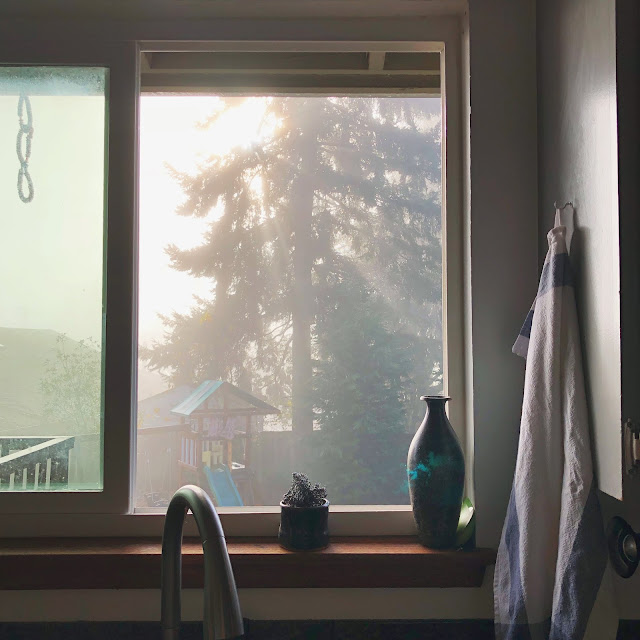 Of all the ways that I might describe this season in life, “single-minded” would probably not be one of the first adjectives I picked.

On a good day, I might use language that’s biblical and fruit-oriented. I’d say that it’s a time of sowing seeds and pouring myself out. It’s about dying to self in a million small and worthy ways and finding joy in daily things.

On a not-so-good day, I’d say I’m stretched thin. I’d wonder how in the world women operated in the past without machinery to wash their laundry and dishes, and Netflix to occasionally entertain the children. I’d say that motherhood feels like an overwhelming multitude of tasks, needs, and cares that are simply too much for one mother to meet.

I think about Mary sitting at the feet of Jesus, calm and contemplative, choosing not to stress with “much serving.” But honestly, it can feel irritating that Jesus calls us to be like Mary when everything would fall apart if we didn’t Martha-up every day. Surely I’m not the first woman to quietly think in the dark secret of my heart that Mary’s relaxed attitude is not so much her "tough choice" but her privilege while Martha runs the show hard enough for the both of them.

What spills out from Martha is this familiar grievance: It’s just not fair how much I’m doing. There’s too many balls to juggle and not enough time and not enough hands. Everyone benefits from the work that I do, but who takes care of me?

For me, it’s worth noting every inch and nuance of how this story goes down.

“Martha, Martha,” Jesus says. Her name, first and tenderly. He sees her and validates her emotions. He knows exactly what’s happening.

“You are anxious and troubled about many things.”

The word translated to “anxious,” merimnau, has more depth than I expected to find. Yes, it’s used to communicate “anxious and troubled with cares” but its also used to say “to care for, to look out for, to have concern for the welfare of others.” It relates to another Greek word merizo that describes being divided and shared, or pulled in different directions.

It’s not that Martha was wrong in her serving and looking out for everyone. In 1 Corinthians, Paul even argues against marriage using this word merimnau when he says “the married woman is anxious about worldly things” and that to remain unmarried is to secure “undivided devotion to the Lord.” But he admits that this is just his personal opinion, and not a reason to actually abstain from marriage. The Bible says that marriage is a good and natural part of life, but here it also says that it will challenge our undivided devotion to the Lord. It will cause us to be merimnau. It will surely bring some merizo.

The big idea is that life, on this side of heaven, will naturally divide our attention and demand our energy despite our best efforts to be single-minded. Marriage, motherhood, work, family, all of it. Good, beautiful, holy things that both edify and distract.

How are we supposed to walk that line?

Martha had a role to fill, jobs to do, and she clearly took these duties seriously and did them well. I feel for Martha here because I know the heavy weight of All The Things needing to be done and all she wants is a little help, for crying out loud. But Jesus tells her (and who can argue with Jesus?) that she is being overly mindful. She is concerned for everything and everyone to the point that it is troubling her own soul.

The word he says here for “troubled”, turbazo, is used only this one time in the Bible. It sounds like “turbulance” and means basically that. Turbulent, tumultuous, a disturbance and noise like that of a crowd.

When the scene opens, it says that Martha is “distracted with much serving.” The Greek word behind “distracted” figuratively means to be distracted but literally means to be dragged around and drawn away. Again, sounds a little too familiar.

Her behavior and her soul seem to have this in common, and centuries later I know exactly how she feels. This pull in every direction, this division of the self. And it’s making her feel like a mess inside because all she can hear is noise. There’s probably a crowd of people in her home and I bet it feels like there’s a crowd of people inside her head, too.

Of all the jobs to do and all the needs to meet, don’t overlook your own troubled soul.

There’s no telling what exactly she was distracted with but we know it had something to do with “much serving,” so I can only imagine. There’s always something else that can be done, especially in my house. But apparently, and here’s what matters: they weren’t necessary things, and there was a choice to be made.

In the same way that Martha chose merizo, to be divided and pulled in different directions, Jesus says that Mary chose meris, “the good part.” This word he uses, meris, feels curiously close to merizo, which he used to describe Martha’s state of mind. Merizo is to be divided into portions, but meris communicates a sense of sharing or participating in one’s portion.

Mary chose to sit and listen. She chose to be still with Jesus and to be filled. She chose to partake in something that was bigger than herself and more important than anything she could be doing at that moment. Maybe Martha wanted that too, we don't know, but she didn’t choose it. And the point is this: Jesus says she needed it just as bad as Mary did.

We all have a lot of jobs to do, but we are not infinite. We cannot, in the flesh, be all things to all people at all times. There are demands on our attention and energies that pull us into so many directions and it can be exhausting. Help can be helpful, but help is not healing.

In order to heal from being constantly pulled apart, we need to partake of Christ. There are spiritual blessings, supernatural strengths, and divine beauties to be had when we show up and partake. He says the one necessary thing is to be present in our relationship with him. If we don't, we're just spinning out in what we believe is good service to him while really just choosing the more weary, more crowded, more frustrated, lesser life.

There will always be a multitude of things that we must be mindful of and plenty of people to care for.  I think perhaps the merizo is a normal and natural part of life.

But the single-minded beauty of meris? The meris is necessary.

And what's more: Jesus will make sure we find all we need at his feet.