Seattle in the Rearview

(written on the drive home) 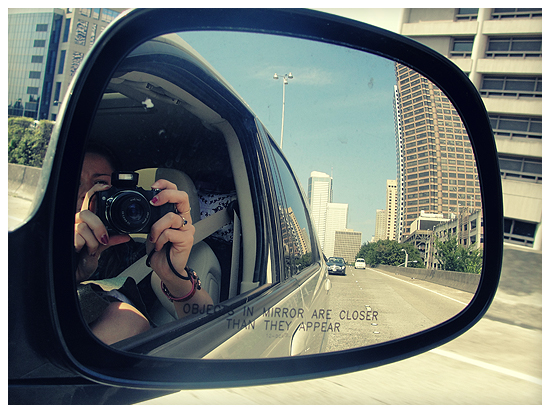 We had planned to leave early in the morning, before sunrise even, but made a last minute decision to not rush through our last night in Seattle.  We took our time shopping for road-trip snacks and drove casually through the surrounding neighborhoods and parks while the sun went down and finally the whole family went to sleep way past midnight.  So, instead of slipping quietly away in the dark morning, we moved slowly with the morning traffic and watched the skyline get further and further away in the rearview mirror.

Looking back, so much of our Seattle summer was not what I thought it would be.  I thought that I’d be cooking fresh, local, largely-vegetarian meals from Pike’s Market, which was just a few blocks away.  I thought I’d be waking up early with my husband every day and kissing him goodbye as I snuck back to an early morning Bible study and cup of coffee.  I thought I’d be super in-control of our small studio and have it sparkling clean every day. I thought it’d be easy and fun to have so few responsibilities.

The reality was that I struggled with feeling at home in the little studio, so I didn't enjoy spending long afternoons of quiet housekeeping.  I didn’t sleep well at night because of the noise outside, so I frequently dragged myself out of bed only when the dump truck finally made it impossible to sleep any longer.  And as for meals of market-fresh vegetables, let’s just say that I didn’t expect to like Trader Joe’s frozen pizzas as much as we did.

But, I also didn’t plan to leave Seattle with such a longing to return one day.  I didn’t expect to find a community group of believers within the city that would so soon feel like our family.  I didn’t think that just a few short visits to a homeless shelter would change my heart as much as it did.  Most of all, I am really surprised how much the city grew on me.  I assumed that I would enjoy a “season” of urban life, but figured I’d be glad to leave it in the end.  While I am aching for Arkansas back-roads and lightning bugs and southern storms, I never thought that I’d be so inspired and challenged by the life of Christians living so close to the heartbeat of humanity within the roughest parts of the city.  I am excited about starting life in Seattle next year, for real.  For good.

Because, oh, did I mention?  My husband’s summer job wrapped up nicely with an official offer for a full-time job next year.  We are definitely returning to Seattle next year and will call the city “home.”

For now though, Seattle is in the rearview and we’re currently 442 miles away from home- our Arkansas home.  One more year of play dates with some of the sweetest moms I know.  One more year of late nights on the back porch.  One more year of woo pig sooie and gospel songs on Sunday and not being the most country sounding person in the room.

Bittersweet, but we plan to make it count.
Labels: family personal stories